M13 Thermobarics to feature in The Gadget Show Magazine 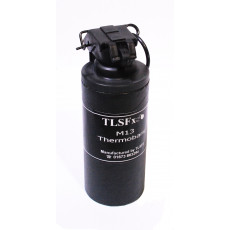 Products related to this article

The M13 is the latest incarnation of the well proven TLSFx Thermobaric grenade. The dazzling flash g..

Your Name:
Enter the code in the box below: